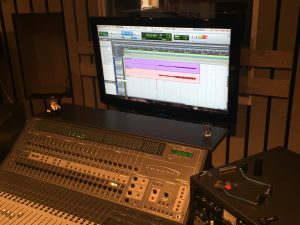 Good evening folks! A few days ago I was in the studio with my former producer Mats Lundin to record some live strings for a few songs. He’s really a master at this and Peter Roos, who I also worked with on my latest album, played fantastic as always on both his violin and viola.

It’s really a special feeling to experience other musicians perform music that you have created! Maybe more so when it’s written for instruments that you can’t play yourself. The recording session went very well. I can’t be more satisfied! 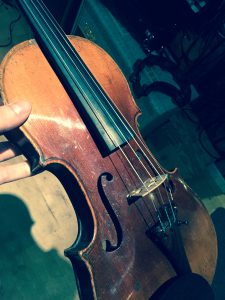 Hmm.., some other news I can share with you tonight? The album title as well as the artwork will most likely be revealed sometime next month!

Ah yes! I haven’t mentioned the album length yet! It clocks in at 50 minutes, which makes it my longest album so far. I think ”Emotions” is just 35 or something. And Into The Depths is 42 minutes in total.

And I also have promised you one or two ”surprises” also. And they will be revealed pretty soon as well.

I think that’s all for now. I need some sleep now I think.

Stay tuned for more! And take care of each other!